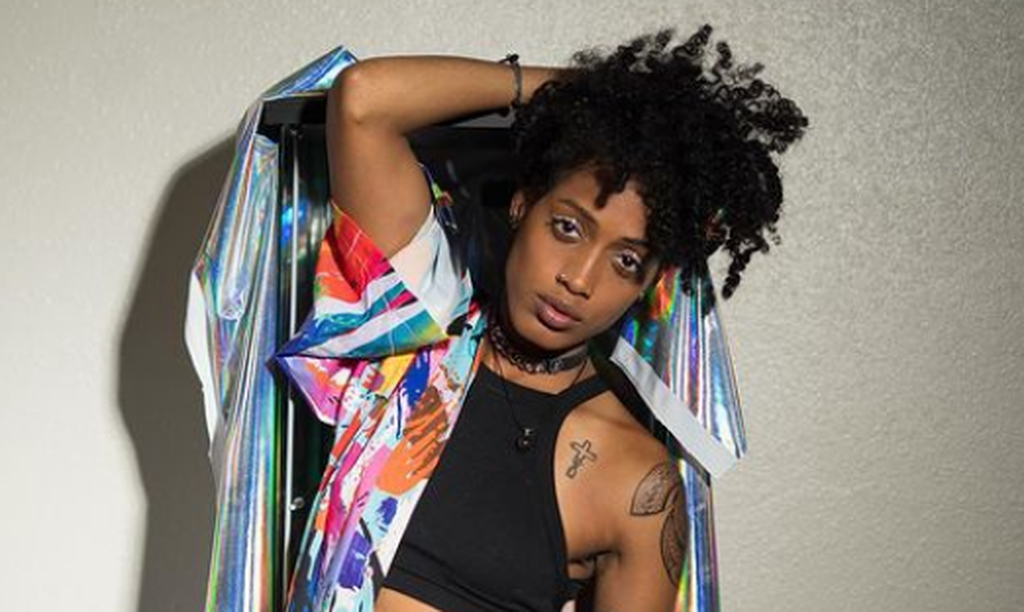 Payge Turner puts The Voice behind her, focuses on debut album Home

In a world where the ability to belt out high notes is lauded and held as the gold standard for singing, a few who sing in lower octaves have stood out.

Payge Turner is determined to add her name to that esteemed list.

With her independently-produced debut album, Home, Turner wants to prove that she can have a long career in the music industry with her low register.

“I am sick and tired of people glorifying the sopranos. There are such things as females who can sing low registers,” she said in an interview via Zoom with Loop News.

Turner, who also sings tenor and baritone, said she wanted to rep for the altos when she went on The Voice.

“It is about damn time…I went on the show with that feeling,” the 28-year-old declared.

Her choice of song, “Call Out My Name” that got celebrity judge Gwen Stefani to turn her chair and ultimately become her mentor was deliberate.

“Everyone was dying when you hit that low note,” Stefani told her during the Blind Auditions.

“I needed to set the tone for altos and say here we are,” Turner told Loop News, noting that she had to hit that baritone note in the song.

Stating that a lot of singers who sing in low registers have short careers, Turner said she wants to change that.

With Home, Turner, birth name Paige Roopchan, is introducing herself to the world, giving a deeply personal look at who she is as a person and an artiste, and stamping her brand which has been compared to the late Prince.

The title of the 10-track album is a metaphor for the peace she has found within herself after dealing with different traumas in her life.

“Home isn’t a specific place but it is a place of belonging and understanding,” she explained. “I think the album is representing a place within myself where I found home. Home is within me.”

Being isolated during the filming of The Voice due to the pandemic forced her to spend time confronting her issues.

Turner said she returned home with a lot of heaviness that she was able to pour into her album, which contains some sultry, slow tempo tracks that touch on love and loss.

“The album has a dynamic range. It goes from touching on the softer side of my vocal range which no one has any idea exists. The show showed my low register, the way I can blend and the tender parts of my voice where I could sing ‘Creep’ but it doesn’t show the butter side of my voice that exists. I have this eerie tone…I am excited for people to get a taste of what that is,” she said.

The album, she said, is also meant to showcase that The Voice was not the end for her.

“It is an example to many other Voice contestants that have come and gone before. I find the Voice doesn’t really bring out a lot of people that rise to the top…but I do have a desire to make it without the title of The Voice being behind me,” said Turner who was eliminated from The Voice at the end of the Battle Rounds.

Turner said her intention is to use her music to touch and heal others.

“I feel music orchestrates itself through me more than I allow myself to use music,” she said.

Turner knew from the age of six that she wanted to pursue a career in music. Her mother, Jaqueline, sang and was a member of the Marionettes Choir. Both her sisters were members of the Youth Chorale.

At 13, Turner migrated to the US to live with her father.

There she started her musical journey through the church.

“I had piano lessons when I was younger but I ended up quitting because I didn’t like it because I didn’t care to learn from the books. I picked it up again in church and I started writing from that point on,” she said.

Playing and writing provided her with an escape from the stress of assimilating into a new family in a new country.

“Then I started picking up the bass and playing at church, then drums followed and guitar followed. Took off to college in the same town in Colby, Kansas, and majored in voice performance and jazz drums. It was very hectic, I was involved in pep band, concert band, concert choir, singers’ group vocal performance, worship leader in the youth group and the adult group. I was very musically involved and I was also running professionally for college.”

Following college, she moved to Kansas City, Missouri, to play drums for a church but said she ended up falling apart and switched to a non-denominational church where she met her close friend Crystal Rose.

Turner played and sang for backup for Rose which fuelled her desire to pursue a singing career.

In 2017, in an effort to step out as a solo singer, she staged her own show with Rose as an opening act.

She went on tour in 2019 when she got the call to audition for The Voice.

Turner said she had previously auditioned twice and was unsuccessful but chose to audition again since being on The Voice fit in with her plans to become known nationally.

Home is due for release in August.

This article was originally published on Loop News (https://tt.loopnews.com/content/payge-turner-puts-voice-behind-her-focuses-debut-album-home)